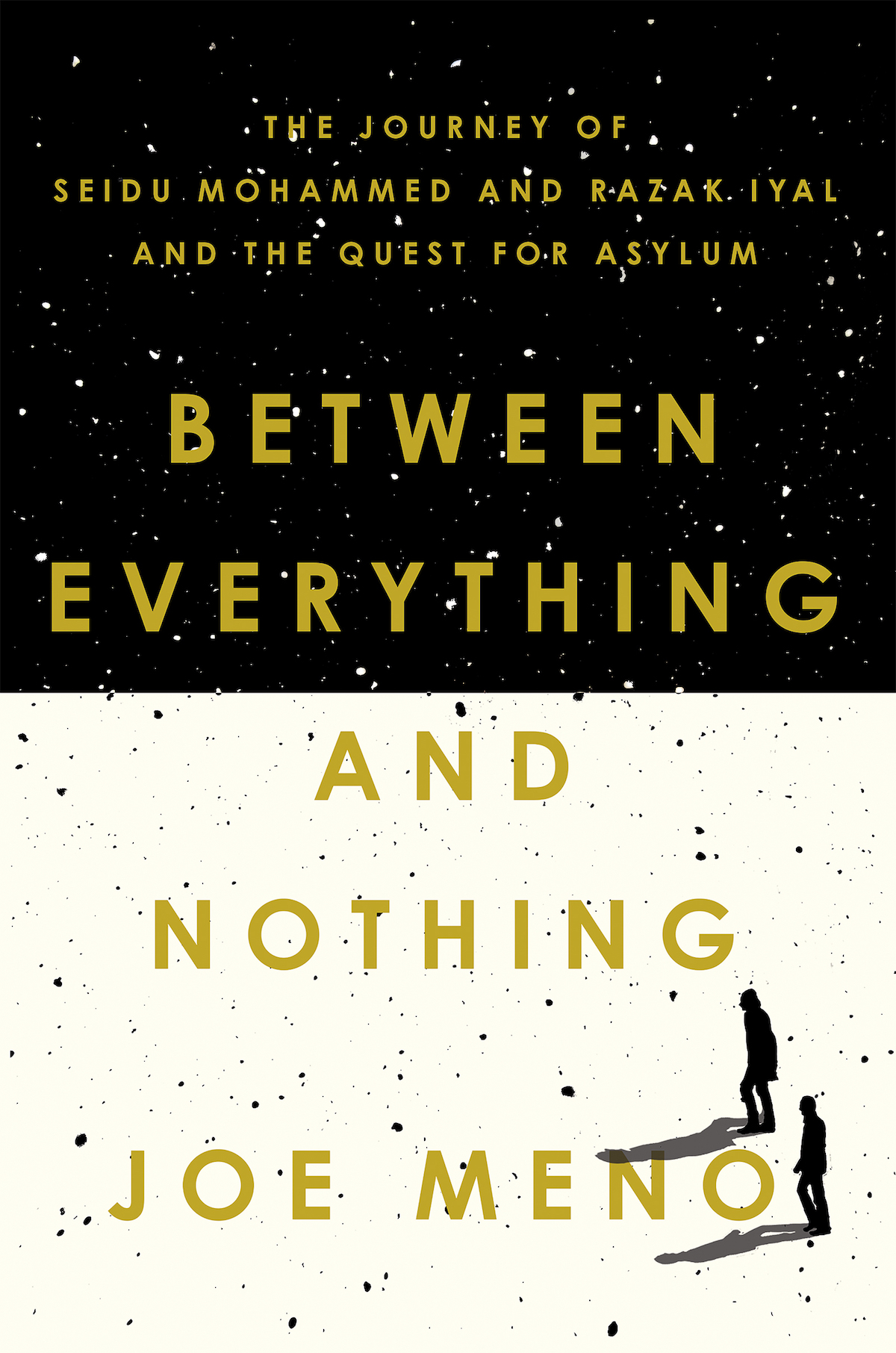 Between Everything and Nothing: The Journey of Seidu Mohammed and Razak Iyal and the Quest for Asylum Author: Joe Meno Publisher: Penguin Random House Release Date: June 02, 2020 Narrator: Dion Graham

A New York Times Book Review Editor’s Choice, this harrowing true story of two young men from Ghana and their quest for asylum highlights not only the unjust political system of their homeland, but the chaos of the United States’ failing immigration system.

Joe Meno brings a novelist’s eye to the true story of two young men from Ghana and their journey from the unjust political system of their homeland through the chaos of the United States’ failing immigration system.

Long before their chance meeting at a Minneapolis bus station, Ghanaian asylum seekers Seidu Mohammed and Razak Iyal had already crossed half the world in search of a new home. Seidu, who identifies as bisexual, lived under constant threat of exposure and violence in a country where same-sex acts are illegal. Razak’s life was also threatened after corrupt officials contrived to steal his rightful inheritance. Forced to flee their homeland, both men embarked on separate odysseys through the dangerous jungles and bureaucracies of South, Central, and North America. Like generations of asylum seekers before, they presented themselves legally at the US border, hoping for sanctuary. Instead they were imprisoned in private detention facilities, released only after their asylum pleas were denied. Fearful of returning to Ghana, Seidu and Razak saw no choice but to attempt one final border crossing. Their journey north to Canada in the harsh, unforgiving winter proved more tragic than anything they had experienced before.

Based on extensive interviews, Joe Meno’s intimate account builds upon the international media attention Seidu and Razak’s story has already received, highlighting the harrowing journey of asylum seekers everywhere while adding dimension to one of the greatest humanitarian concerns facing the world.