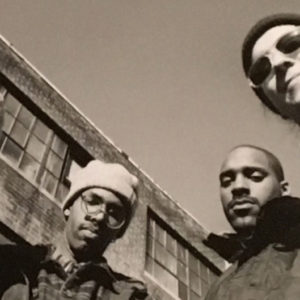 so what happened was...

…Hip-hop is about cooperation, incorporates improvisation, Hip hop is education, destroys the mind’s stagnation, through Hip hop and radio stations we’ll mobilize this nation, but Hip hop is now shift-shaping to Down Low formations…cuz we enhance on the skills and send chills until you feel the real…

The Boston underground Hip hop scene of the 1990s was a microcosm of what the “Hip hop generation” hoped to achieve. Though rooted in the Black community, it was by 1994 a multicultural and intersectional community that protested structural inequalities, treated timeless questions of philosophy and religion, and promoted abstract poetry as a high art. Underground Hip hop shows created a liminal space where the music, style, and art of Hip hop united disparate groups of people, even if only for a few hours, immersed in the music, message, and social justice mission Hip hop.

After Ed OJ and Guru, Boston’s little-known 90s hip-hop history often goes unnoticed. But between 94-98 one all-but-forgotten live Hip hop band called the Down Low Connection (DLC) served as the launch pad for later Boston successes like Akrobatic, Mr. Lif, and RadioActive, along with local instrumentalists who went on to various successes. Even Professor Oneka LaBennett of Cornell University—author of She’s Mad Real: Popular Culture and West Indian Girls in Brooklyn—occasionally ran with the crew as friend and mentor. The DLC won multiple local music awards for best hip-hop and/or funk band and opened for legendary acts like the Roots, Run DMC, the Pharcyde, the Watts Prophets, and Fred Wesley of P-Funk and James Brown fame. They toured the East Coast from Philly to Maine, performing at colleges, clubs, galleries, festivals, and youth empowerment programs.

The Hip Hop Generation is a doomed generation..with no emotions, and no attachments, and no name, but everything should be absorbed in the single thought and single passion for revolution by means of change, creation, improvisation, rhythm, hunger that’s Divine, poetry, and rhythm and soul. We will create a world where beauty, and poetry, and rhythm empower the unrestrained soul.

The Hip-hop generation was the other Generation X. With the rise of abstract conscious hip-hop, especially the Native Tongue school, the DLC came to participate in underground live hip hop shows in Boston and around the North East, interacting with other touring musicians, and passing mixtapes and bootlegs. They existed in a larger space of liminality where intra-group belonging was fostered across communities through the shared platform of hip-hop music and culture. The underground hip-hop scene was quintessentially intersectional, linking marginalized communities across the region (and the globe) on a platform of justice and equality, creating what Spevack calls “subaltern networks of protest.” The DLC’s shows brought disenfranchised youth from Lynn, Dorchester, and Roxbury into the same spaces as Dunster House residents and international tourists; they brought together bandmates from across the nation from a multitude of ethnic backgrounds on a single stage.

The Down Low Connection is not merely a local act whose legacy is worthy of archiving. It was a revolutionary experiment at the intersections of race, spirituality, religion, philosophy, gender, social justice, poetry, jazz, hip-hop, urban and rural culture, socio-economic disparity, East Coast and West Coast Rap, improvisation and composition, local and global musical culture, and more. Archiving its historical record preserves the history and culture of the underground Hip hop community in Boston in the early ’90s when hip-hop wasn’t on Lansdowne Street and groups of more than 4 Black men were turned away as a matter of policy. This is when DLC cut their teeth at Cambridge’s iconic Caribbean club The Western Front, backing weekly MC battles, then moving their act to The House of Blues and other top-billing clubs within a year.

The Music That You Need 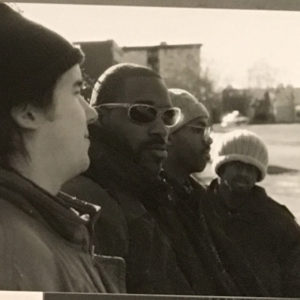 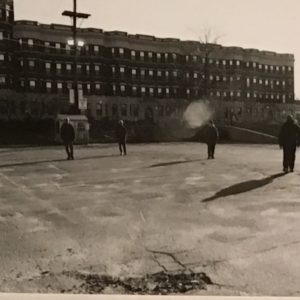 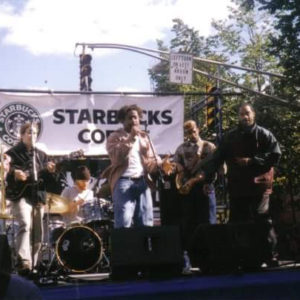 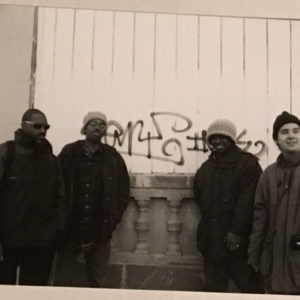 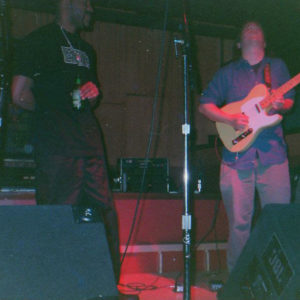 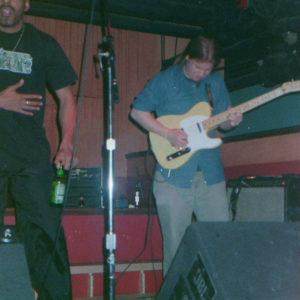 Down Low Connection aren’t just Boston’s best live hip-hop experience. If they wanted to, they could probably compete for Boston’s best funk band title as well.

The DLC are back in full effect, ready to sign the deal and cash the check…They are true architects of the craft.

It’s one of the few genuine hip-hop bands that is able to cross over and play all the major rock clubs in town as well as other places like the House of Blues and the noted reggae club the Western Front in Cambridge. The Down Low Connection could, in fact, become the only hip-hop band to emerge from our scene and gain national attention.

“Indeed, the malleability and virtousity of this impressive live hip-hop enterprise… are its greatest strengths.”

This city is hardly known as the home of hip-hop, but if the Down Low Connection has it’s way, people will get the word soon enough.  The Down Low’s good grooves mix a deep, bombastic rhythm section; sweet soulful horns; and top flight MC’s to create some flavorful hip-hop spiced with jazz overtones… The act’s members believe that through their music of inclusion, they can make a difference and help heal the racial divisions that have plagued Boston for years.

…few will remember an early ‘80’s crop that yielded “Wild Style,” a ground-breaking, graffiti film that captured the neighborhood origins of New York rap music. Electric with the energy of community and connection, Wild Style showed how great soul-to-soul, rapper-to-rapper immediacy could turn a corner pub into the coolest of scenes. Thursday nights at the Western Front on Prospect St. in Cambridge, a long-standing club known mostly for its commitment to reggae, the Down Low Connection hosts live rap-jazz-funk-blues sessions that recall the Wild Style vibe.

Down Low Connection is exploring some interesting combinations — hip hop with Indian raga and classical, John Coltrane jazz with George Clinton funk … ‘We want to be with what’s happening now but integrate different cultural styles. We want to pick up where the great funk bands of the ‘70’s left off.’

We’ll keep you updated on what’s coming up.  At the moment, we’re dealing with details about the release.  After that, we *might have a reunion show up in Boston.  That’d also be a great time to organize a talk about 90’s Hip-Hop, Boston’s contribution, and where we are today.